Goal: What Drives Me

Hit a new personal record for fastest sprinting speed on flat ground. Hit 27mph. Found one of those speed devices local police use to show people how fast they are going. I think my new goal? New goal: break 30mph sprinting on flats, next goal break 35 mph on flats after 40 mph, after that 45 and 50 mph sprinting speed on flats. I'll stop maybe when I break the world record, I think is either 57mph or 63mph. I dont recall..I'm not reading books anymore I'm fucking training. It's go time. Go Go Go. Plan a little if you need but get going as soon as you can.

Steel road bike or nothing, don't listen to that bullshit, my focus is all steel made in the 80's with tons of spokes. Dont listen to those technology fools. The bicycles engines is in those legs, that heart and those lungs and that's all the matters, the rest is just accessories. All the power lies within, you can hit 27 mph on flats too. I welcome you all to post your records and hopefully how you've beat mine, your maximum speed on flat ground. Give me something to chase! Are there none among you who will answer such a call?

Stories from the Tour De France

Sometime Ago I found these stories from the Tour De France. These stories illustrate pretty accurately what life is like for a professional cyclist. These stories are pretty old but the narrative remains the same, with rider's enduring the challenges of the toughest bicycle race ever created.

The idea of support cars carrying replacement bicycles was unheard of in the early years of the Tour. In fact, riders faced severe time penalties if they were caught receiving any help at all to effect mechanical repairs. It was this typically draconian rule that led to an incident that has gone down in Tour legend. While descending the Col du Tourmalet at high speed, Eugène Christophe's front forks snapped. Remarkably, he was unscathed. Even more remarkably, Christophe – aware that he was the race leader on the road – slung his bike over his shoulder, grabbed the broken forks, and set off on foot for the nearest village, 6 miles (10km) further down the mountain. The village was St Marie de Campan, and right in the middle of it was a blacksmith. Stoking up the forge, Christophe set about repairing his forks. As he did so, a Tour official looked on to ensure that no rules were broken. When Christophe asked a local youngster to work the bellows, he was informed by the official that he had been docked ten minutes – on top of the four hours he had already lost since the crash!

Such was the outcry over the decision, the time penalty was eventually reduced – to three minutes. Towards the end of his life, Christophe returned to St Marie de Campan to watch the unveiling of a commemorative plaque on the site of the former smithy. To add insult to injury, his name was misspelled.

Was there ever an unluckier rider than the Italian Napoleon Paoli? While racing down a narrow mountain track, he collided with a donkey that was standing in the middle of the road. Both he and his bike flew into the air and, when he landed, Paoli was on the back of the donkey. The beast of burden duly set off in panic in the opposite direction, with the helpless Paoli unable to get off. When the donkey eventually collapsed from exhaustion, Paoli had to run nearly a kilometre to where his bike was lying by the roadside. Further along the road, he was hit on the head by a rock that had been worked loose from an overhanging cliff. Paoli managed to get to the summit of the Tourmalet, where he gave up and fell asleep in a hut. In all he would ride three Tours, and finish none.

The 1924 Tour was dubbed "Le Tour du Souffrance" (The Tour of Suffering) by the journalist Alfred Londres, and there is little doubt that in terms of draconian rules and regulations, Henri Desgrange excelled himself this year. Not content with forcing riders to contest 15 stages in which only two were under 186 miles (300km) and five were in excess of 248 miles (400km), and insisting that they have no mechanical back-up, Desgrange decided that in addition, riders would be disqualified if they were found to be discarding clothing or equipment en route. When most stages started in the pre-dawn cold and finished in the burning afternoon heat, this was perhaps the greatest torture of all. It proved too much for Henri Pélissier, who withdrew from the race claiming that Desgrange would soon insist on riders carrying weights "since God made humans too light".
Posted by Josh at 4:05 PM No comments:

Here's a before picture of my first Gitane (Second French Bicycle):

It will require quite a bit of refurbishment. Will post post-repair picture when I complete the job.


All in all, shouldn't take me more than a couple weeks to repair then it's on to the next project. In the interim though, I guess I could do some research on Gitane. Thanks to the Sheldon Brown website, it's come to my attention that my derailleur is a Suntour Spirt. (Not to be confused with the Spirit or Sprint). It turns out this is a pretty special derailleur, when you press the lever forward the gears actually shift into a higher gear(Opposite your normal Derailleur). According to the Sheldon Brown site that derailler came out in 1966, that puts my Gitane somewhere in the late 1960's range or later. 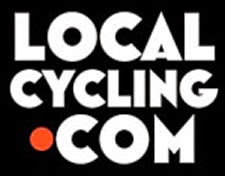 Josh
"May the tailwinds be with you."